Since Saturday was taken up by looking for and failing to find glasses, Sunday morning we went to Lighthouse Park in West Vancouver. Aidan slept very well the night before so we figured we could get a bit of a hike in before he needed his nap. So 10:30 ish we set out for West Vancouver.

The entrance to the park is off Marine Drive about halfway between Ambelside and Horseshoe Bay. The drive is very scenic and the houses you can see along the road are beautiful. I can only assume that the ones on the water side are gorgeous since you can’t see many of them. By the time we got there and parked Aidan was raring to get going.

We walked through the lovely park down the Valley Trail to Starboat Cove, took some pictures, and continued to the Light Station and the Lighthouse viewpoint. Again we played with my camera and took some pretty decent pictures. We had a snack and Aidan had some running time by the Nature house and Sk’iwitsut buildings. We then set out to the West Beach trail to another viewpoint. Just before the viewpoint on a nicely groomed trail but for one rock that caught my left foot and I twisted my ankle and scraped my knee and leg for the first time in years. (I’d say at least 15 :p) After trying to clean it up as best I could with baby wipes we kept walking and about 15 minutes later Aidan was asleep in the backpack. It is amazing how cute he looks when he is asleep. Anyway, I guess the pictures will tell the whole story.

(Which I will add to the post as soon as Aidan naps.) 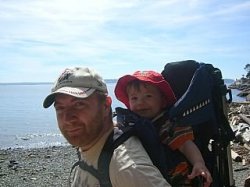 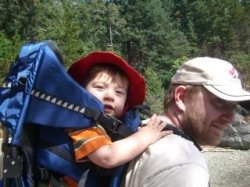 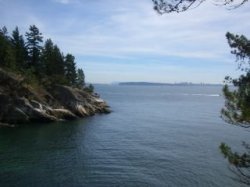 Lookout over looking Starboat Cove (City of Vancouver in the distance) 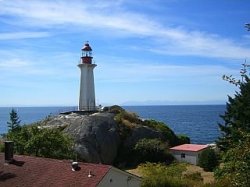 Light Station over looking the Lighthouse

Aidan and Anthony (Anthony thought this looked like he had a beer belly but it is just his shirt puffing a bit because of the backpack.) 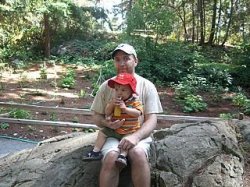 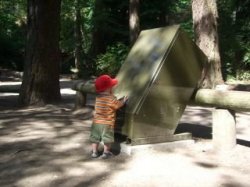 Snack time for Aidan and a chance for him to run around in the dirt a bit. (He was filthy in about a minute.) 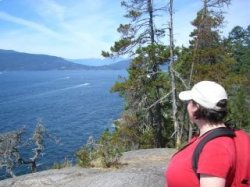 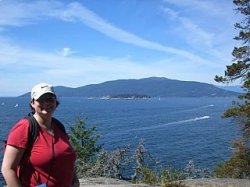 Me, looking westish towards Howe Sound on the West Beach lookout. 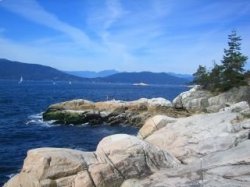 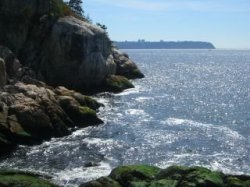 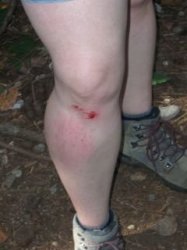 Look at that Road Rash 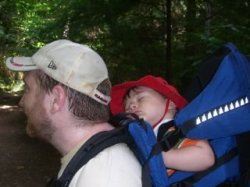 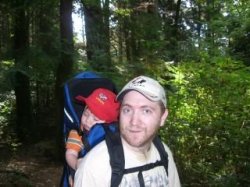 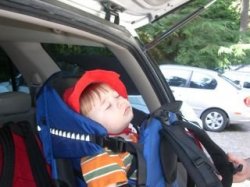 Aidan still asleep at the car. Unfortunatly he woke up when we put him in the carseat and didn’t nap anymore that afternoon. He did go to bed early though.