Happy Hallowe’en or Halloween, however it is spelled now. 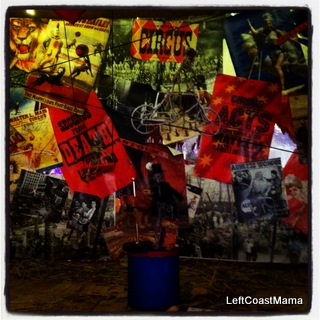 We have Quinlan’s Halloween themed birthday party, other Halloween activities like the festival at Aidan’s school and the Stanley Park Ghost train and of course trick or treating. We also added a Halloween themed geocaching weekend in the mix. 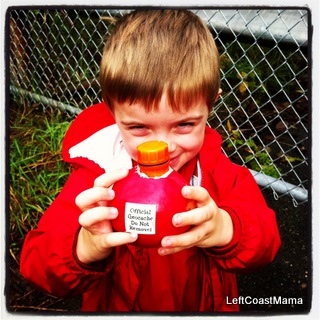 Quinlan picks up a geocache on our Geo Monster Ball weekend. 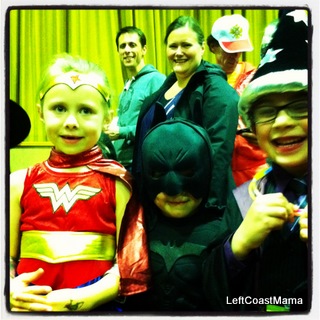 Aidan and some of his friends at the Halloween Howl at his school.

On the weekend we had Quinlan’s birthday party at the pumpkin patch and came home with four pumpkins. 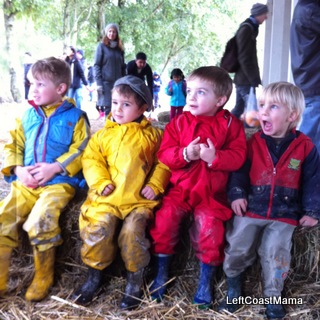 Aidan already had a pumpkin from his school the week before so we had a total of five. The upside to the plethora of pumpkins is that everyone got to carve or plan the carving of a pumpkin. We had Quinlan’s scary faced pumpkin. (I wish you could see the face and hands to go with the pumpkin, but alas we did not get a picture of Q describing what he wanted Anthony to carve for him.) 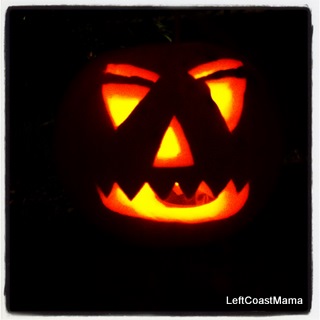 We had Aidan’s self carved (mostly) ghost pumpkin. We had my double duty robot and owl pumpkin, and a quickly carved Frankenstein’s monster pumpkin. Last but not least was Anthony’s adrino powered pumpkin complete with fading lights and sound. 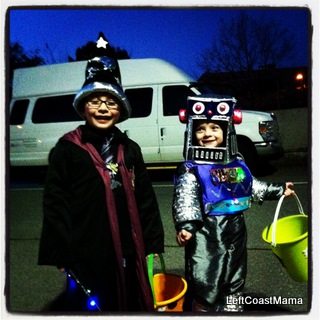 Boys ready for some trick or treating fun!

I love how many people smiled and let Quinlan know that they thought he had the best costume. Mostly because he was making so many people smile and he was happy, but also because except for the head, I made the whole costume and it was a lot of work. Once we had a decent supper in the boys we headed down and parked near the coop and started our trick or treating about 6:30 pm. The coop went all out again this year and by the time we were finishing about an hour later lots of houses were running out of candy. After we finished we headed back to the car where a shiny parking ticket was waiting for us. It looked like Easy Park was not being charitable this year and all the cars had parking tickets. Happy Halloween to us.